EVE Fanfest 2017 is around the corner 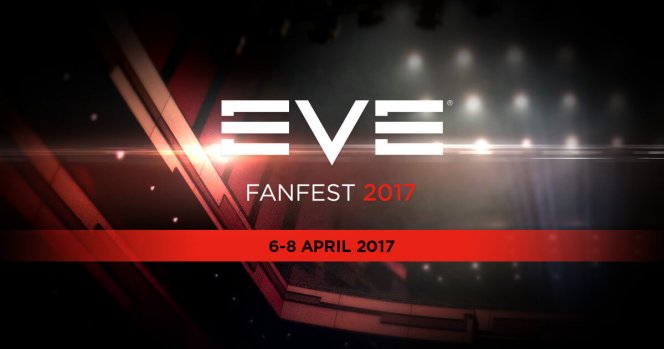 EVE Fanfest 2017 is around the corner

EVE Fanfest is the biggest yearly EVE Online player meeting. It’s held in Iceland, home of the main corporate office of CCP Games, the creators of EVE Online.
This year marks the 20th anniversary for the event. I’m not able to attend this year’s EVE Fanfest, but I found a volunteer that wanted to go in my place. 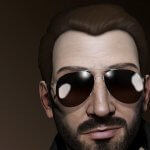 “I picked up the game in 2015 after playing Elder Scrolls Online (ESO) on Xbox for a while. I was really super disappointed in how the ESO market worked in the game, and I had heard about EVE from time to time. After doing initial investigation and reading over some testimonials about nobody ever quits EVE I decided to give it whirl.”

With the new changes to the ‘New Player Experience’, first time players get some good advice and training on how to fly ships in EVE Online. Back in the day, new players would often be at a complete loss as to what they should do in the world of New Eden.

“I had lost my first ship that I had purchased to an NPC when I couldn’t figure out how to fight back. I was completely stuck in panic mode. Man did I feel lame. Luckily in my second week someone took pity on me and invited me to a corp.
The pace of the game wasn’t difficult, but the mechanics are unreal in this game. This has become part of the appeal, the management of logistics, and the similarities between them and real life. I would say that learning to use DSCAN and general navigation were the hardest hurdles to get past. Once you learn to keep an eye out and understand the differences between the security levels it becomes a lot easier to really start to consider ship builds and other more intriguing aspects of the game. “

We all play EVE Online in a different way

EVE Online covers a vast universe of possibilities for players to get familiar with. It’s always interesting to hear the adventures and endeavours of other pilots.

“I mostly just run missions and combat sites lately. But I also enjoy scanning and exploration from time to time. I had started out doing mining and industry though. The only in-game activities I haven’t really done are incursions and being a pirate.

The coolest thing that I have been part of was when we had successfully established mining in low-sec space as a corp after getting to know the locals and proving that we weren’t going anywhere. That was pretty cool and super fun.

The biggest mistake I ever made in EVE Online was going all in with people I didn’t know as well as I thought I did. Myself and some other corp mates invested billions each for months. We did this to build player owned structures, for industry and other activities. We donated the original blueprints to the corp with general agreement that we would all be working on various tasks. Our corp CEO hadn’t logged in for a while, but that wasn’t suspicious since he logged in very irregularly. However, the corp hangars and the lieutenant suddenly were not logging in. After some in-game mails and RL emails over a couple of months neither could be contacted. I finally gave up and just took the nearly 10B ISK loss. That was nearly everything I had at the time ingame. After that I kept pretty low key and just started some exploration.”

When life and game collide

The experiences in EVE Online often find their way back into the everyday ‘real-life’. I have spoken with people that regained their confidence by socializing in EVE online, people that used their knowledge of the EVE Online market on the real-world stock market and even people that developed leadership skills by becoming a corporation or alliance CEO.
EVE is more than just a game for a lot of players.

The catchphrase “EVE is life”is pretty accurate right? I actually learned about myself that the way I was managing my money in game was how I was managing my money in real life. That was a big eye opener for me.
I have also seen similar parallels between how I handle having my ship blown up to other frustrations in real-life. I mean the list could go on for a while I think. It might sound weird or strange but I think that playing EVE is an opportunity to experiment with life. EVE Online  makes certain social tests possible that you might not make in real-life.
EVE is a sandbox is so many ways, it’s great.

An ever expanding universe

With the latest EVE Online expansions players have been given even more freedom than before. The diversity of buildable Citadels (player owned space stations) is expanding even more and more and more ships get a complete model overhaul. EVE Online never stops adding more awesome stuff to its catalogue it seems.

“I enjoy that the game is whatever you make it. You make the content and as I mentioned before I find a lot of similarities between the game and life. Some friends and I have spoken about the similarities of how we spend money in the game versus real life for example, and I love the very social nature of the game. I also love the fact that to really get the most out of the game, you have to give back and let go. This is something that I think a lot of people deal with in real life.

All EVE Online fan websites get two EVE Events tickets, of which one of those can be given away to another person. Because I am not able to participate, I asked around in my alliance who would be interested in going to Iceland to go to Fanfest. I’m really glad that Onii is going to Fanfest, and I’m even more proud of that fact because he is a fellow Bedlam Escapees member.

“I was totally stunned really and completely shocked when I heard I was given a Fanfest ticket. There I am at my keyboard when I get the reply. All I could think was, “Wow, this complete stranger totally trusts me.” I am still shocked by this incredible kindness. Then it slowly started to sink in. “I’m going to EVE Fanfest”.
I started chanting it and repeating it until realization set in, “I’m going to EVE Fanfest dudes!”

I’ve never traveled to Europe, so this a lot of firsts for me. First time to EVE Fanfest, first type to any fantasy related festival of any type, first time meeting corp mates in real life, first time to Iceland, first time to Northern Europe and the list goes on. So you can see when I got that mail it was really a life altering moment.”

EVE Fanfest is the biggest and best EVE event in Europe. Thousands of pilots come and join in on all the great presentations, round-table meetings and pubcrawls.

“I have met ex-EVE Online pilots in real-life before. Attempts were made to re-recruit them, but it seems once you leave the game it’s pretty much for good. So this will be an awesome experience to get to mingle with some incredible people that I play the game with. I think that meeting my alliances friends in real life will be like opening a surprise. I love having my stereotypes completely blown away. It’s one of the reasons that draws me to the game. There are people from so many different backgrounds that can come together and have fun together. It’s a really incredibly unique experience from so many other games.

Having seen some other videos from years past I expect there to be Citadel size kegs being delivered by Providence freighters everywhere. I’ve heard that there are some talks given by various people sometimes too 😛

I am also planning on visiting some Icelandic hotspots like the Blue Lagoon which is supposed to be spectacular. I would also like to see any volcanos around, that might be a once in a lifetime kind of opportunity really. And I always love meeting new people so I’m really looking forward to that as well. Furthermore I will most likely be eating, drinking and being extremely merry.”