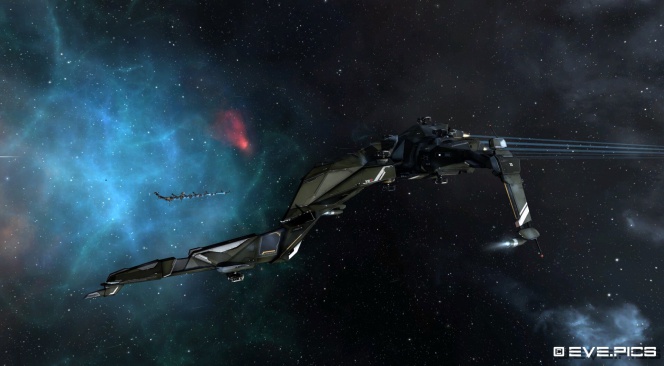 Missioning is one of the most popular activities in EVE Online. It’s fairly simple to start and you can work your way up to some pretty difficult missions that will net you tons or Loyalty Points. These Loyalty Points can be used to chose/buy rewards from the mission agent faction.

As a newbie pilot you’ll probably want to start missioning in a Destroyer class ship, like a Corax or an Algos.

It’s also pretty possible to do missions in a turret based ship like the Cormorant of the Coercer, but tracking and range of the guns might be very low at the beginning. Also, the choice of damage output is limited with turret platforms, and that could be a problem. Every mission has a certain type of NPC enemy type that you’ll fight against, and all these different enemies have different strenghts and weaknesses. For instance, A Guristas enemy will deal kinetic/thermal damage, and a Sansha enemy will do electromagnetic/thermal damage. Also, you will need to do different types of damage versus all the different enemies in order to take them down efficiently. Missile and drone based ships have the possibility to switch to any damage type required to tackle a mission. Drones and missiles also help with any capacitor issues. So if you want to start missioning, go for one of those.
You can find more info on damage types on EVElopedia. 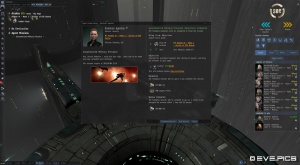 When you complete missions your standing with the faction and the agent goes up. This way you can take on higher level missions when they come available. The higher the level of the mission, the harder it is to complete. You will find out that your trusted Algos will have a harder time taking down level 2 missions, and that level 3 missions are almost impossible to do in a Tech 1 destroyer. Therefore, higher level missions might need a more powerfull ship. A Caracal or a Vexor are the logical ships to chose if you want to effectively take on level 2 missions, if you have few skillpoints.

By the time you’re doing level 4 missions you will be flying expensive but powerfull ships, like the Raven or the Dominix. If you train a little further you can also do level 4 missions in Tech 3 cruisers like the Tengu. I have even done a level 4 mission in a Hawk, which is a Tech 2 Assault Frigate. It took me a while, but it pulled through.

The rewards in the Loyalty Point store vary from cheaper items to faction battleships, so it’s very much worth the trouble. You shouldn’t have a hard time finding a Security Mission agent and start carving your mark upon the NPC factions in New Eden.

Gear up, head out there, and earn some ISK!!