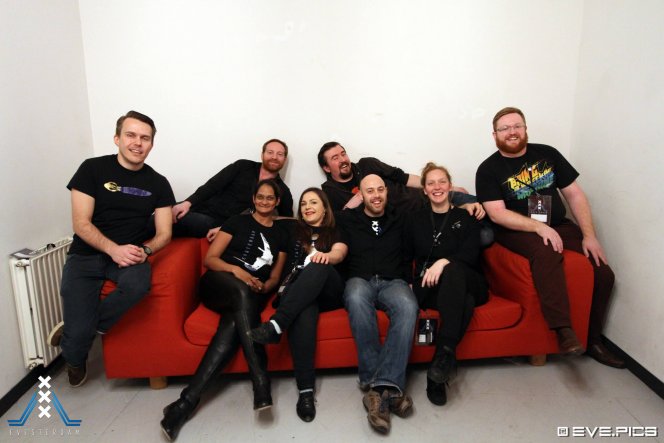 This year marked the fifth edition of Evesterdam. Evesterdam 2017, an Eve Online player meetup in Amsterdam, drew in hundreds of Eve Online pilots. From the 4th to the 5th of November,  attendees could delve themselves into player and developer presentations, play CCP games and enjoy some nice food and cold drinks.

As always a couple of game developers came all the way to share new facts on the game and to have a friendly conversation with the attendees. CCP employees CCP Guard, CCP Lebowski and CCP RedDawn where able to come to Evesterdam 2017 to talk about various subjects during their presentations. 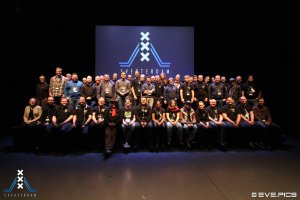 Eve Online meetings are always more than just a game event. You have a chance to meet up with your corporation or alliance friends/family and have a great time with them. That alone is a big plus for me to attend an event. I can go there by myself, and all my friends will show up eventually. There are a couple of very large groups that rent cabins so that every alliance member has a place to sleep.

Also, there is a big difference between the virtual world in Eve Online and the real world. Players can be engaged in fights or wars in the game, but still have a beer and a friendly chat in real-life. It’s one of these rare occasions that mutual respect, and the love for the game, can set aside all differences.

We made it very clear this year that it was possible to get group pictures taken with all your corporation and/or alliance buddies. It’s always very nice to go home with some unique photos and to show off with how many pilots you attended Evesterdam 2017. Here are some very cool groups shots.

Game until you drop 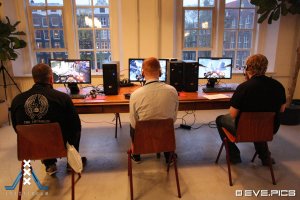 This year there were various opportunities to play games. There were a couple of game-pc’s set up  where players could play Eve Valkyrie Warzone. Sadly, there were no VR headsets available this year, but a lot of people gave the game a try.

There were also two Playstations set up to play Sparc. Sparc is a two player VR game where contestants compete in a virtual arena. The game is also going to be available on the HTC Vive and Oculus Rift headsets very soon. On November 16th the game will be available in the Steam and Oculus store. The game looks pretty cool and fresh, and it certainly made some players break a sweat or two. 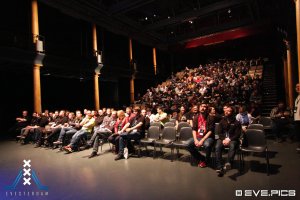 In total there were 7 presentations and one Q&A session. It started off rather sad with CCP Guard’s presentation on ‘Eve: present and future’.

As you might have heard, CCP had to lay off a lot of their staff recently and closed down 2 offices.

Also the fact that dozens of employees lost their job, some of them had been working there for over 10 years, is not funny at all. It was a feeling that wasn’t very present, but it was certainly there the whole weekend.

They also stopped further development on all VR titles. For me this is a blow the head, I own an Oculus Rift headset and I really enjoy playing Eve Valkyrie from time to time. It’s really a different experience to play the game on a VR headset, and it’s a really depressing thought that’s CCP is nothing developing further expansions.

A positive side to this story is that Eve Online itself won’t be feeling any of the lay-offs. The game’s development is still pretty much on schedule. CCP Guard even showed us some new designs for the Caldari Badger ship. CCP is also experimenting with new in-station menu’s and GUI designs. All these things reassure us that Eve is not dead, or put on a side track.

Certainly the presentations by CCP Lebowski and CCP RedDawn were some of the highlights of Evesterdam 2017. I always appreciate the time developers take to explain the everyday jobs they do. It gives a great insight into how the game is build up, and shows off some pretty cool inside tools that help create the world of New Eden.

CCP Lebowski is a Q&A Analyst working on Team Five O. One of his jobs is to assess the risks and pitfalls of new ideas. He also makes sure that all the patches are ready to be put onto the Tranquility server. He’s also in charge of rolling back patches when there are serious issues with an Eve Online build. It’s cool to see how his team handles everything, especially since I’m a software developer myself. CCP Lebowski also showed off the new warp disruptor bubbles, that use less pc resources when drawn in the game.

CCP RedDawn’s presentation was about the new asteroid sites for ‘Resource Wars’ and level design in general. A lot of the content in Eve is built on fixed  variables. This means that there is variation in the number of levels/sites to play, but those sites will always look the same. The placement of structures and the number of enemies has already been documented by a lot of players. The sites tend to get a little too much ‘familiar’, but CCP RedDawn showed us how the new asteroid sites are set up. The Resource Wars sites all have min-max variable setting. That makes for a completely unique level every time a pilot find them. The plan is to incorporate this feature into more of the Eve Online content, so doing PVE activities become les repetitive.

My favourite player presentation was the presentation by Natural Clonekiller and Luukje, from Vendetta Mercenary Group. They explained in great detail what it’s like to be in a mercenary high-sec alliance. They even showed us the tricks of the business. Their pretty awesome slideshow and presentation skills made it very enjoyable to listen and watch. On a side not, the most funny moment was when the speaker for the Project Discovery presentation logged into his Eve Online account, and got a bounty placed on him (most likely by someone in the audience). 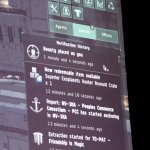 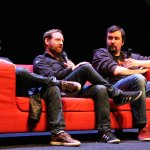 The final seating during Evesterdam 2017 was the CCP Q&A talk. Attendees were able to ask any question and where able to address anything they felt that needed attention. There were some interesting questions, but CCP had an answer to all of them.

There should be new merchandise items in the Eve Online store pretty soon. They are also looking into the fact that miner-fit Orcas pretty much dominate the ice-mining industry atm. Another thing that got mentioned was the fact that warp disruptor bubbles don’t follow the same timeline during TIDI (Time Dilation) events. The bubbles still follow the real-time timers, instead of using the slowed down time during a TIDI event. And even though CCP has stopped working on Eve Valkyrie, there will be some patch updates before they completely halt development.

I’m pretty confident CCP still has the best interests in making Eve Online a fun and involving game for all of us. 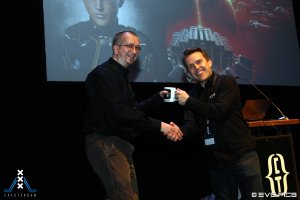 As always there were a lot of prizes to give away. There were some faction frigate packs, a freighter pack, a citadel, and even a Moros. There were more prizes of course, but the biggest ingame prize was a Fiend! It also had an officer fitting worth about 30 billion ISK.

There were also some very nice Eve mugs with an image of CCP Guard on them! 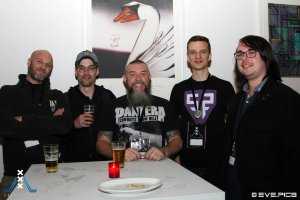 On Saturday there was a party at the Compagnie Theatre where all the attendees could have a drink and have a good time. The party lasted until 12 o’clock, and then most of the people headed out into the city. I ended up taking some of my good friends to the pub ‘Torenzicht’, which is in the red-light district. We had an awesome time and drank a lot of beer. That’s basically what Eve Online is all about, just heading out with friends to have a good time and enjoy each other’s company.

All good things come to an end when the man behind the bar announces closing time, and you all head back to the hotel. When the curtains close, and the light turns off, it’s time for some well-earned DT.