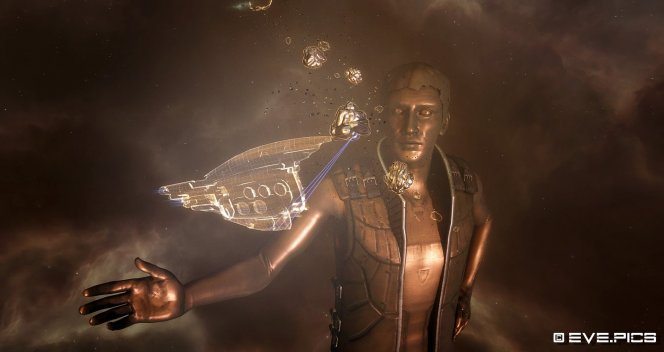 This week marked the end of the Federation Grand Prix 2021. This point-to-point race event was active from March 11th to March 23rd.
Pilots were able to follow a fixed trail in order to see some of New Eden’s great monuments and landmarks. Each visited landmark awarded the pilot with points, which in term unlocked ship SKINS and limited timed booster implants.

The Federation Grand Prix 2021 race was split up into two separate events. The first part consisted of traveling along the plotted route, receiving points. After that pilots were able to start over again, but now they had to finish the race as fast as they could. 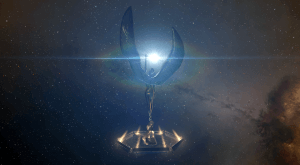 The route was split into three parts, South, East, and North. The event took players through highsec and lowsec, and even through some nullsec system. Pilots were able to visit important landmarks like the Alliance Tournament Monument, the strange Black Monolith and the Fallen Capsuleer Memorial in Molea.

It’s quite remarkable how beautiful some of these sights are. The detail and design of the landmarks really show that Eve Online is more than just a collection of space ships. The rivets on the statues, the force fields and all the moving particles really add up to wonderful scenes. I would like to strongly urge every New Eden pilot to visit all the landmarks from the Federation Grand Prix 2021.

The Need for Speed 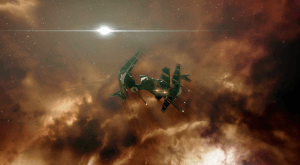 When pilots were done with taking in all the grandeur of New Eden came the interesting part. To complete the route as fast as humanly possible.
I am no stranger to flying fast or thinking of ways to build the fastest ship possible for the job. To start of with I bought a full set of Ascendancy implants, which drastically increase warp speed. I figured that the AU distance between gates would take up a big portion of the time. Improving AU/s speed would cut down travel time a lot.

After that, I built the fastest Interceptor I had ever flown. It had an 1,8 second align time and could fly at 18 AU/s. I passed some bubbled gates in nullsec, so I wanted to come prepared. For the highsec/lowsec route I came up with the fastest warping ship in Eve Online, the Leopard shuttle. In the end I got it to fly at an astonishing speed of 30 AU/s, with an align time of 1,5 seconds.

“I painstakingly checked my route along the way, and went through systems as fast as I could”

I started the first route pretty confident, only to be disappointed when I missed some checkpoints along the way. My ship quickly got back to the start of the race and tried again. I put in all the waypoints for the Eastern route, and headed to the start line. Painstakingly I checked my route along the way, and went through systems as fast as I could. I finished the race in 25 minutes, and had passed through 52 systems, and warped to 8 landmarks. Nowhere along the route had I made mistakes or dropped the ball on pressing the warp button. After the race I felt pretty good, until I saw the top 10 times for this route….

The fastest time for the Eastern route was just above 14 minutes, and the 10th place finished in 17… Absolutely baffled I checked the route again, and came to the conclusion that nobody could win this race on their own. The lowsec pockets in the route could easily be skipped with covert ops jump portals. I had seen some Prospect, covert mining frigates, along the route but thought nothing of it. After some consideration I figured it was possible to skip most of the lowsec systems, shaving off minutes of the time needed to complete the route.
Sadly I was not able to take the time to set up the jump portals on my own, and neither did I have the required equipment. Realizing that the chosen path would not get me into a top 10 position, I abandoned the timed race, but I should’ve just continued the other routes.

I did however get a very nice medal after the event, which I’m proudly displaying. 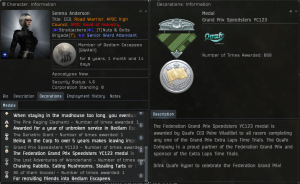 I placed in the top 50 of best times for the Eastern route. It might be something small, but for me, I left another imprint in New Eden, and sure am proud of that.
The full result document can be found here. This is a CCP generated Excell file.

The results from the Federation Grand Prix 2021 can be found here. I would like to congratulate the winners on a job well done. What at first looked like an easy race turned out to be a tactical game to cut as much distance as possible. I hope CCP organizes more of these events in the future.