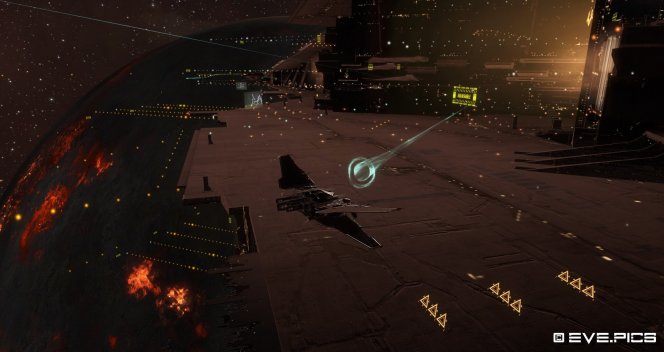 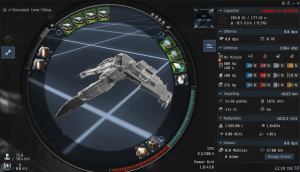 Interceptor frigates are Tech II ships that are designed as scouts and to catch enemy targets. They are also among the fastest ships in the game and are mostly used in fleets. CCP has recently introduced new Interdiction Nullifier modules, that can also be fitted to Interceptors. All Interceptor frigates have lost their passive nullifier bonuses, but some do have bonuses for the new modules. These are the Ares, Crow, Stiletto and Malediction. This post will cover some basic fittings for these ships and how to use them.
All these fittings use Hyperspatial Velocity Optimizers. I have added them so the ship can achieve a warp speed of just over 12 AU/s. This warp increase speed serves the ships very well, as they are designed to quickly catch targets, or scout allied forces through enemy space.

The new interdiction nullifier modules temporarily nullifies the effects of warp disrupt probes and mobile warp disruptors. These can be fitted to Interceptors, Deep Space Transports, Blockade Runners, Strategic Cruisers, Covert Ops, Industrial ships and the Victorious Luxury Yacht.
It is an activated module, that has a cooldown period after one cycle. Some ships, like Interceptor frigates, have a bonus for these modules. This means the cycle time is longer, and the cooldown period is shorter. 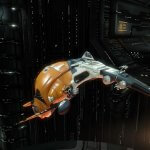 The Ares is a Gallente Interceptor Frigate. It uses Hybrid turrets and is actually an armor-based ship. Armor plates however reduce the max speed of the ship, so I never fit these to Interceptor class ships. The slot layout with 4 low-slots and 3 mid-slots makes for a very fast ship. The low slots can be fitted with speed improvement modules, which can get this ship up to almost 5 km/s without implants. This fitting included a small shield extender that increases the total number of hitpoints by 25%, and the Warp Disruptor II has an exceptional long warp disruption range. The hybrid guns do not do much damage but will help you fend off drones or kill smaller targets like shuttles or other frigates.
Ares Fitting. 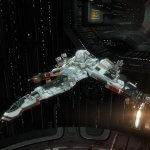 The Crow is a Caldari interceptor that uses Rocket- or Missile Launchers. It’s a shield-based ship and has 4 mid-slots and 2 low-slots. This means there are fewer options to improve the speed. This ship is capable of easily fitting a warp disruptor AND a warp scrambler. With this setup it has a little fewer hitpoints than other Interceptor fittings. It will however be able to be better at catching enemy ships. The DPS and range the rockets on this fitting provide are pretty decent and will help you kill drones and small ships. The added small shield extender provides a 33% bonus in hitpoints.
Crow fitting. 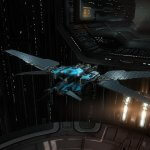 The Stiletto is a Minmatar shield-based Interceptor. It has a little bit better-balanced slot layout than the Crow. With 4 mid-slots and 3-low slots, you can fit a warp disruptor, warp scrambler, and some speed enhancements. It does however have fewer weapon slots, so it will have less damage output. While fitting a ‘dual point’ setup (warp disruptor+scrambler) it does suffer from a lack of CPU, which can be increased by a Co-Processor. The base hull has almost 33% more hitpoints than the Crow, so for the mere purpose of catching an enemy target and live, this is the better ship.
Stiletto fitting. 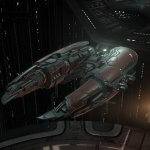 The Malediction is an Amarr Interceptor. Like the Ares, it’s an armor-based ship that I have fitted with a Medium Shield Extender. This gives the ship a surprising amount of hitpoints, while still preserving its combat abilities. It has 4 low-slots and 3 mid-slots, meaning it’s less able to fit a warp disruptor+scrambler. The pilot will have to choose one of these modules.
Like the Crow, it is a missile/rocket-based platform, but it has less damage output.
When fitted with a shield extender it can fly as fast as the Ares fitting I showed earlier.
Malediction fitting.

The earlier shown fittings all feature examples of combat-oriented Interceptor frigates. Interceptors are also used for travel purposes, to move quickly from point A to B. Their exceptional warp speed, align time, and the ability to use interdiction nullifier modules provide for reliable transport. These ships will not fail you and will bring you to every corner of Eve Online.

I have used the Ares frigate for years as my personal travel buddy and ‘camera ship’. I use it to travel to basically every system I want to go to. It has a below 2 second align time, has room for a cloaking device, nullifier module, and a probe launcher (for use in wormhole space). The medium shield extender provides just enough protection to survive a smart-bomb gatecamp. 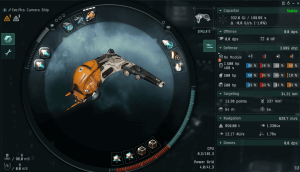 Interceptor frigates used for traveling are just purely personal of course. Pick one that you think looks the best and use that. I would suggest trying to get a below 2 seconds to align time, 12 AU’/s warp speed, and make the base speed above 625 m/s. Regular shuttles have a top speed of 625 m/s. If you use the Interceptor for traveling purposes, you want to go above that so you get to your destination quicker.

Now that CCP has removed the passive nullification immunity on Interceptor ships, it’s going to be an interesting time for sure. Interceptor pilots need to be more aware of their surroundings and can more easily die when they do not fit an Interdiction Nullifier module. All the fittings shown in this post are for reference purposes. The ships can be fitted with all kinds of different setups, depending on what you want to achieve.
Happy hunting capsuleers o7 !