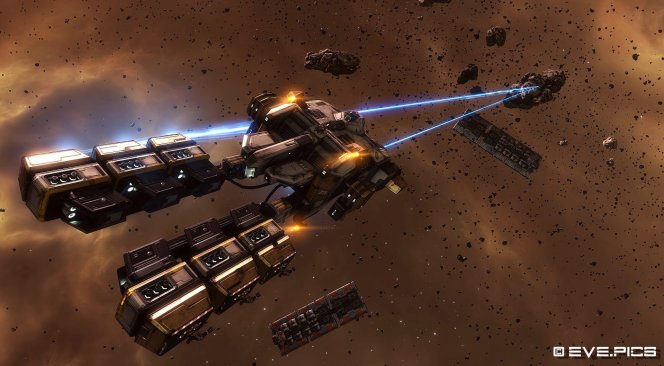 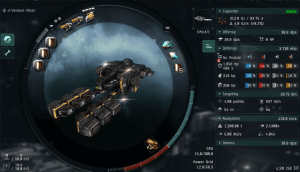 One of the first ships you get as a new capsuleer is the Venture mining frigate. That little Venture will still be important later on when used as a gas miner in a wormhole or used as an industrial cyno ship. Mining frigates in general are a nice mobile platform. In the end, they will not be the best at mining overall, but they can more safely go into those dangerous places and come back unharmed.

This blog will cover how you can fit and use Tech I and Tech II mining frigates. 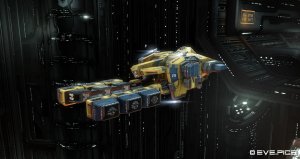 The Venture is the cheapest mining ship in New Eden. It can even be obtained for free during some of the starter career agents in the game. It has a 5000 m3 ore bay that gets filled by its mining lasers. For a starter ship, it does look cool, and I’m sure that we have all used one to get ISK to buy a nice mission ship. The Venture can use 2 drones and has bonuses for regular ore mining and gas harvesting.

You will probably use the Venture for regular ore mining the first time you fly it. It fits 2 Miner modules that fill the ore hold. This fitting also uses a survey scanner, which scans for mineable ore, and a probe launcher. The probe launcher will help you navigate through wormhole space, or scan down mining sites. It has the lowest mining yield of all mining ships, but for a starter ship it’s pretty decent. You can also use this as a cheap ship to mine ore in either low-sec, null-sec, or wormhole space. The low cost of the total package means it’s not a big investment to use, or too big of a  loss when it gets destroyed.
Venture Ore mining fitting

As a gas miner, the Venture is way more potent and will see a much longer use. Gas sites are no longer a wormhole space ‘exclusive’. Although rare, the sites spawn in hi-sec and low-sec. A gas mining frigate is best used in wormhole space and will see the most benefit there. If your corp members clear the gas site of hostiles, the Venture is free to make a beefy profit.

The Venture as a gas miner is a low-cost efficient ship, that is only surpassed by its bigger brother, the Prospect expedition frigate.
Venture Gas mining fitting 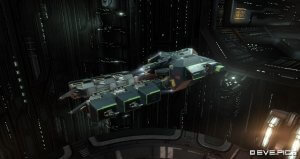 The prospect is a Tech II version of the Venture, and the brother/sister to the Endurance. It has bonuses to gas and ore mining, but sadly no drone bay. This however is compensated by one major thing, its ability to use Covert Ops Cloaking devices. It can warp cloaked and has no penalties moving cloaked.  This gives the Prospect the ability to move through dangerous territory.

Prospect mining frigates are pretty good at mining ore. Its mining capabilities can be compared with a Procuror mining barge. The ore hold on the Prospect is also almost the same size as the Procuror (10k m3 versus 12k m3).
It is however much faster than a Mining Barge.
This fitting is perfect for pilots that wish to mine in wormhole space, low-sec or null-sec. Its fast align time and cloaking abilities offer a good level of evasion. Because of this, you might also want to use it to mine other people’s moons, and get away with it.
Prospect Ore mining fitting

The Prospect is the best gas mining ship in New Eden. Because there are no Gas Harvester upgrades, you are free to fill the low slots with modules to improve align time. You can also fit the new Warp Core Stabilizer module. This module reduces the drone bandwidth and the locking range. This only complements the ship, because the Prospect has no drone bay, and the Gas Harvesters only have a 1500m range.
If you want to invest a little bit more in your wormhole adventures then this ship is the best ship for getting that gas in. You can also switch the Covert Ops Cloaking Device for a Probe Launcher when you want to scan down gas sites in hi-sec and low-sec.
Prospect Gas mining fitting 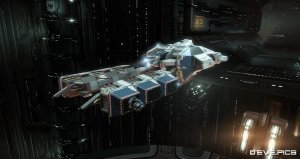 The Endurance is the brother/sister of the Prospect. It only has one mining turret slot but it does have a good drone bay of 60m3 (15m3 bandwidth). Because of the single miner, it doesn’t mine more than the Prospect. It does however have another unique feature, a bonus for ice mining.  Therefore, my advice is to only use the ship for this purpose.
The low slots can be fitted with Ice Harvester Upgrade modules. The hull has a bonus for cloaking devices but cannot warp cloaked.

I have used this ship for null-sec ice mining because I wanted something that was quick to move but was still able to mine efficiently. It does not mine faster than a mining barge, but it’s easier to transport and move around in.
Endurance Ice mining fitting 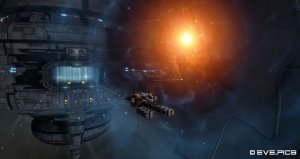 Industrial Cynosural Field Generators can be used by any Tech I and Tech II industrial ship, and the Venture mining frigate. The Venture is the cheapest hull that can be used for industrial cynos. You need to increase the cargohold capacity however, to make room for the liquid ozone that is used for the cyno module.
Do however accept the fact that this cyno ship can become a one-use item. The industrial cyno is visible from the overview and the Venture can be destroyed pretty quickly. Because of that, you can easily strip off the excess modules, like the cloaking device and the probe launcher.

It’s faster to use than an industrial ship, and way cheaper.
Venture Cyno fitting 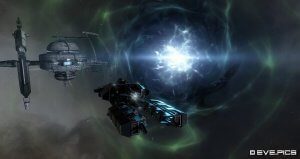 The Prospect is a proven way to surprise targets by fitting it with a Covert Cynosural Field Generator. It has enough hitpoints to withstand a little incoming fire before your friends come through the cyno portal to kill the target you have just caught.
This fitting has a warp disruptor and warp scrambler, to catch the target. The miner module is only to fake that this is a regular mining Prospect, and a potential target. Many pilots know the potential of the Prospect, so you will not always get lucky. You can however also use the ship to actively hunt for targets, and use its cloaking abilities to make the ship an effective hunter.
Prospect Cyno fitting

Mining frigates are good ships that will serve you from your early travels in hi-sec and all the way to null-sec and wormhole space. They are versatile and nimble ships that can slip through enemy space undetected to get the job done. If you are unsure, just try some of them out, and I hope you enjoy flying them as much as I do.