How I started EVE Online 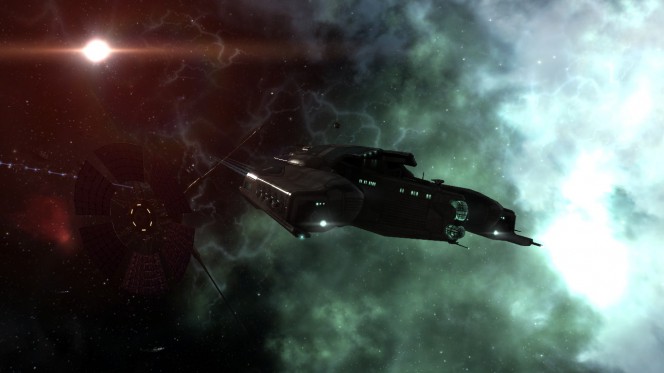 I started playing EVE Online in February 2013. At the time I had just completed Mass Effect 3, and there was an empty hole where there used to be a daily routine in saving the galaxy of tyranny and evil…

I had always wanted to try EVE Online, but I never found the time to invest into it’s rich background and options. Seeing as i had no more game to play at the time, I decided to start playing EVE Online. I started off with a trial account, as did we all I guess, and I started to do the tutorial missions. The ones I liked the where the military and exploration missions, the other I actually only did to get more new items.

My plan was to start and stay a oner, I’m not very good at making new friends so my best bet was to just play it solo, or so I thought… Just one week into the game and I found another exploration pilot called Rhapsodae. He tried to convo me while I was doing a Guristas site, but I lacked the skill to accept that… So I emailed him, and one thing led to another, and a day later I was a fresh member in his corp, Bedlam Escapees.

In time I learned to play EVE, and I became more befriended with Rhapsodae and his corp members. At some point I even became recruitment manager for Bedlam. I recruited some new guys, and we grew slowly. I also became more familiar with PVP and low/null sec. Null-sec bubbles still haunt my dreams and strike terror into my heart…

Some time went past and I became a Director, and started organising events, like level 4 mission ops, low-sec roams. It went wel, i learned to be a PVE mission FC, which targets needed to be killed first, what the agro was like and how the fleet should manoeuvre itself through pocket after pocket.  Arround that time I also launched my first probes and scanned down sites, wormholes and data/relic sites.
And then came the point when Rhapsodae wanted to pursue plans beyond Bedlam Escapees. Rhaps is a great guys, and he has a grand vision for his role that he wants to play in the world of New Eden, so I promised to keep in charge of his corp in his absence. Two years and some months have passed now, and i grew from a total noob, to the CEO of a growing and interesting corp, under the flag of a great and large social alliance called Silent Requiem. There will be many stories that I can tell you, and i will, but for now I will focus on setting my vision for Bedlam Escapees in motion., more fun, more eventsand above all, more ISK making and more PVP kills !