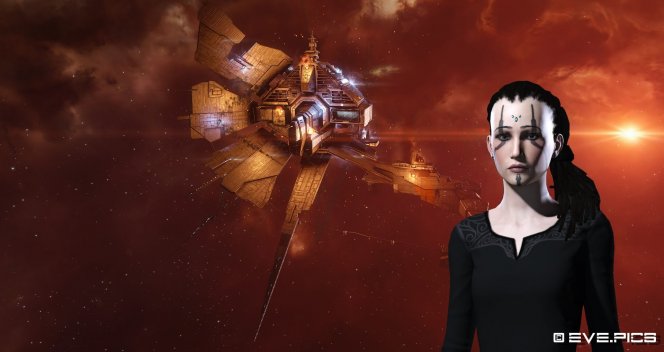 Being a Fleet Commander (FC) is a daunting task, being in charge of a group of capsuleers is no joke. First, you need scouts to check out the adjacent systems. A decent and willing number of combat-hardened warriors and a big chunk of luck will also help. The best way to become a FC, is to listen to FC’s and to learn from them. And after that, you just need to head out there and take your chances.
One of these brave souls is Bridgetta Dragonetta, an upcoming FC for Apocalypse Now alliance. I had the pleasure of interviewing her on how far along her promising career is.

The star of something new

We all end up in New Eden some way or another. For me personally, I took an interest in Eve Online after I completed the Mass Effect trilogy in 2013. Bridgetta joined half a decade before me and has seen her share of in-game changes and experiences. 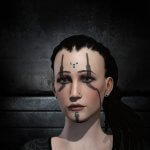 “I can’t exactly remember how I got into Eve Online, but I think I heard about it from someone who was a member of the Something Awful forums.  I never had any interest in joining Goonswarm. But even back then the beautiful graphics and the intricacy of the gameplay caught my attention.

I made this character in 2007, and I was definitely in an interesting place in my life back then.  I don’t quite remember, but I think Bridgetta is related to the goddess Brigid. Dragonetta came from the fact that I was really into dragon-themed things at the time. I have no idea why I put the extra letters on the ends, but I like the uniqueness of it now.

When I first joined, I found a random mining/indy corp (MiningOurOwnBusiness Industries), with some great people in it. We’d have the best conversations. I still have screencaps of some of them and every now and then pull them up for a laugh.”

Experience is worth more than skill points

The time spent in-game is mostly worth more than the skills you train up in Eve Online. A two-month-old capsuleer can still be vital in killing a large target like a battleship, but a 10-year-old player could be very bad at PVP. Even after years of combat, we still make mistakes from time to time. I can recall my last mistake being that the gate I had to warp through was different from the next system in my route. I caught the fleet warp that I got from the FC, but I then warped straight back to the other gate, missing out on some great kills doing so.
Brigetta Dragonetta is no stranger to combat and has a killboard to show for that. But even she, like many of us, have had their moments of regret.

“A couple of months after I came to Provi, I was in one of the big CTA fleets, big enough that there were multiple FC’s, specialized wings, and so on.  I was still incredibly new to PVP and my corp CEO had put me into a Griffin.  No one had told me about changing my broadcast settings to only see targets, so I was also seeing broadcasts for reps.  One of the FC’s broadcasted for reps just after a new primary had been broadcasted. The primary moved down when he broadcasted… I misclicked, targeted him and of all the times for a jam to actually land… he was not happy.”

What started it all off for Bridgetta

Some pilots get to a certain point that participating in fleets is not enough. They want to lead pilots in battle themselves, pursuing the goals of the corporation or alliance. Bridgetta Dragonetta also came at a crossroads that took her towards the path of fleet commander.

“The knowledge, strategies, and skills you need to be successful as a PVP FC, and the people-oriented skills you have to have to turn a group of international players with a wide variety of skills and interests into a coherent group that has fun in PVP together, learning all of those things used to not interest me.  I just wanted to mine and do industry things and be another anchor-F1-DPS pilot. As long as I was part of a group, I was having a great time.

Then someone took me on my first roam and helped me get my first kills that weren’t part of a huge group, and I caught the small-gang PVP bug. In all aspects of my life, I love a challenge, and with encouragement from my corpmates, doing all of those things I described above that are needed to be a successful FC is now a challenge I’m really wanting to master.  There’s a secondary aspect for me too, which is that as a female player. I’d like to be a role model for other female players who are interested in FC’ing and leadership roles.”

Getting the hang of things 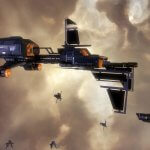 At the moment Bridgetta is setting up small fleets and training newbies on how fleets work. She also leads the support wing for EWAR pilots during important fleet operations.

“I’ll probably start small with kitchen-sink type fleets (bring whatever ship you can). Just going out to have fun, and after a while, I’ll be ready for some midsize ones of maybe 20-30 people with solid fleet comps that mean business. I’ve recently gotten really interested in flying EWAR (jams and damps specifically). I have occasionally given Logi a try, so I may wind up leading some Logi or EWAR fleets that support others in CTA’s.

At this point, I’m trying to get as much fleet experience as possible with as many different FC’s as possible.  I also ask the FC’s in my alliance lots of questions. I’m really lacking in a lot of basic knowledge about ship strengths and weaknesses. There is also still a lot to learn about fittings, ammo types, etc. That’s why I’ve set my timeline for actually starting to independently FC to “sometime in 2023.”

An example for all

Sometimes it’s difficult to know where to begin when aspiring to become a fleet commander. Bridgetta has some words of advice and inspiration for all that wish to lead their comrades into battle.

“Remember that Sisi exists and can be a great place to try things out in a low-pressure environment. Have a mindset that’s open to working with diverse groups of people. Fly with as many different FC’s as you can, and really pay attention to their styles and how they handle different situations. Ask questions of FC’s – people FC because they love the game and love to talk about very deep aspects of it. You can learn an amazing amount from their knowledge and direct experiences (even if all you do is listen to two FC’s discuss fittings or a particular fight). And stay humble. It is essential to ask for feedback on your own performance as a line member in order to improve the skills that will transfer into FC’ing.”