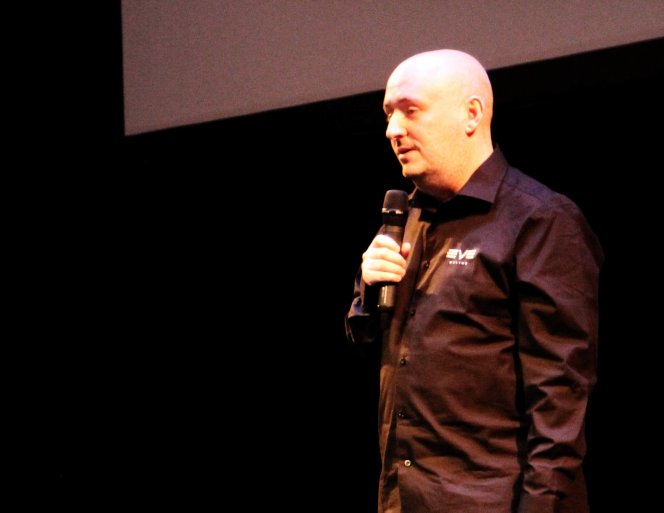 Eve.pics was lucky enough to have the opportunity to get an interview with Paul Elsy, othwise known as CCP Falcon. This is the third and last part of the interview.

Besides organizing events and managing his other duties at CCP Games, Paul plays Eve Online himself as well.

“Not only are developers encouraged to play EVE as players, we’re given five free omega accounts with multiple character training by CCP so that we can get into the game. Many of us play now and again while we’re in the office.

It varies wildly depending on my workload and the fact that sometimes if you’ve been working on EVE for 8-10 hours in a day, you want to go home and play something else to decompress. On average I’d say I play around 10-12 hours a week total, sometimes a little less. It’s a lot less than before I came to CCP, but now I don’t have a corporation to run any more and I’m more relaxed about what I do in game.

I’ve always played Gallente characters, but I’ve always also been a Guristas Loyalist (yeah, I’m a dirty roleplayer). The backstory of the Guristas as a group of outcasts from the State has always been something I’ve loved, especially the stories of Jirai Laitainen, Korako Kosakami, Kaikka Puenato and Estamel Tharchon.

The Deimos has always been my favourite ship, followed closely by the Zealot. Armor HACs are a big love of mine, and there’s nothing more I love than flying a glass cannon Deimos for fun.”

“I’m still a pirate and PvPer at heart” 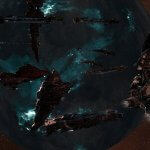 “I prefer low and nullsec if I’m looking to get into a face-punching match, but I also dive into abyssal deadspace a lot too and when I do this I tend to stage out of highsec purely because it’s easier on the logistical front.

I’m still a pirate and PvPer at heart, but I’m mainly involved in manufacturing, research and PvE these days (mainly abyssal deadspace running). Now and again though I’ll dust off the old Neutron Blasters and head out for a brawl and some good-hearted smack talk in local.” 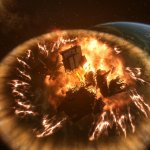 “We all get shot sometimes, even myself. I don’t want to talk about details because I’m terrified of my characters being outed, but my most expensive single loss was more than ten billion in one ship.
I do shoot back from time to time. Again, no details of course, but I’m not doing good on the K:D ISK value ratio here. My most expensive killmail netted me about 6-7 billion in loot.

There’s probably a few more people who’re randomly aware of who I am too, I tend to hide in plain sight, but it seems like they understand how disruptive it would be to be outed. It’s no fun for a developer when it happens, and it really hurts our ability to play and enjoy EVE, so it’s nice that people don’t cause problems for us if they do find out who we are.

I’ve been really lucky to remain anonymous so far. There’s a few of my close friends who know who I am in New Eden these days, but I trust them to keep it to themselves.

I rarely log into the CCP Falcon character, to be honest. Our developer characters have elevated roles on Tranquility, so they’re closely audited by our Internal Affairs team and we have specific rules on how to use them.
That said, sometimes I’ll appear in Jita and say hi to people, or I’ll sit in Polaris and join the help channels to chat with people, help out and say hello now and again.

On Singularity we have access to anything we want for testing purposes. On Tranquility we have to respect the sensitivity of the sandbox, so we just tend to have a Polaris Enigma Frigate for getting around when we need to.
We have a few interesting weapons at our disposal, but their names and functions are highly classified :P”

“My most embarrassing moment was probably when I was FCing a lowsec pirate gang when running my old corp. We had a few new 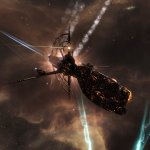 guys and gate discipline was terrible, people were warping and jumping instead of holding on the out gate and letting our scouts to the work.

I stopped the fleet on an out gate and ranted for like 5 minutes about people screwing up and jumping through the gate. I was flying a Vindicator at the time and literally on the next gate I hit jump instead of warp to.

My backup target caller saw the gate fire and lost his shit with people on comms, then one of our logistics pilots piped up and was like “Where’s Verone? I don’t see him on overview.” Voice comms lit up with laughter for like 10 minutes and we had to dock the fleet because people were laughing so hard.”

“The fact that it’s single shard is Eve Online’s coolest feature I think. One universe means that there’s so many more possibilities for players to impact each other’s narratives and create super cool stories. If New Eden was sharded like another traditional MMO, so many of the incredible wars, fights, heists and betrayals that have occurred more than likely wouldn’t have happened. It’s also allowed the community to grow to be super close knit and hardcore over the years.

EVE is amazing, but as with any game, there’s always areas in which it could be improved. It’s all a matter of opinion though, and I’m not a game designer, so I mostly don’t know what the hell I’m talking about! EVE would be a horrible place if I had any say in game design!

I’d certainly take a look at giving capitals and supers more defined roles, give factional warfare a hell of a lot of love, take a look at risk vs reward in lowsec and make some big changes to the map in terms of system security status to really shake things up.

There’s a lot that can be done, and everyone’s opinion on what needs attention in EVE is different. I’ve got a HUGE long list of things I’d love to see happen to New Eden, I can’t really put them all down here!”