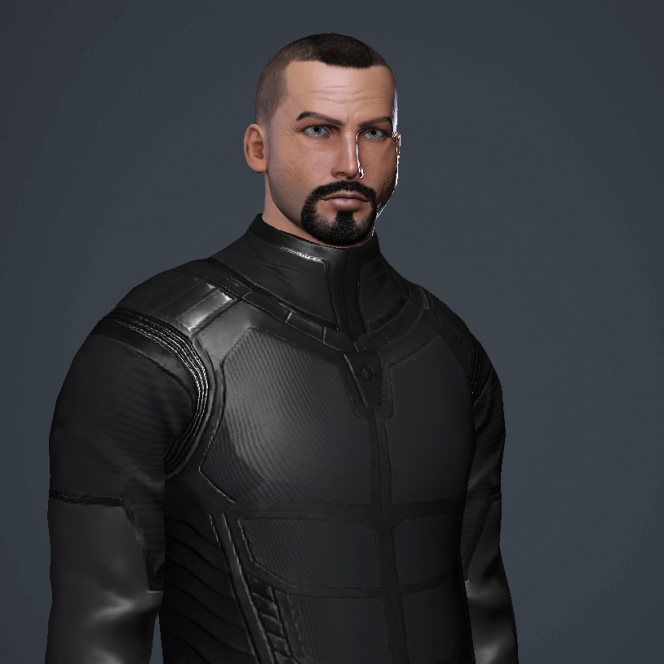 Smegatron Achasse has been a loyal member of Silent Requiem for years. Throughout his time in SIRE I have flown with him on many occasions and I consider Smegatron to be one of my personal friends in the lovely world of New Eden. Let’s hear what Smegatron has got to say on some popular subjects in EVE Online.

When did you start playing EVE Online?

I had started in 2010 and quit soon after. The graphics were dodgy, the gameplay confusing and I had heard it takes 18 years to learn the skills in the game. No thank you! Fast forward to 2012… I had shattered my shoulder in an automobile accident and was off work awhile. I was so bored that I actually sat down and began playing Eve. I think it was a combination of the level of difficulty and very heavy doses of narcotics, but EVE really began to appeal to me.

What made you decide to choose for EVE and not another MMO?

It was definitely the level of difficulty that appealed to me. I recall reading the Eve online training manual, opening to page 1 and it read “Welcome to Eve, now go F*ck yourself” Who wouldn’t find that appealing??

What kind of character did you start off with and where did you progress to?

I started out wanting to fly battleships… I had this impression that a battleship pilot was feared by all and could destroy anything that would cross its path. I lost several battleships before my idealistic and naive point of view went into the crapper. Just about that time I met ForceM and he kindly told me my skills were shite, my POS was set up so badly he wanted to erase it from orbit and I had no business undocking in anything but a velator. Years later and looking back, I think he may have been right.

What is you main occupation in Eve Right now?

I divide my time with the randomness of Olettiers and the wide open spaces of the Solitude region. I spend some time as the diplo for SIRE and recruit corporations to join us. I’m always looking for what will influence SIRE’s future and spend my nights awake contemplating our horrific end. Actually I usually just ask Thorkhild Trygvasson and he lets me know what the universe is doing.

You were CEO of one of the corporations in Silent Requiem. How did this come onto your path?

My friend Scar Kartal and I fled Imperial Guardians, who at the time had a membership of roughly 1500 pilots. We didn’t want to be treated like just another digit in the big purple blob. So we started our own corp. Scar is Scottish and one drunken night we tried to make our own corp. Freeedoom!! seemed just right. We were free from an oppressive corp and looking to win Eve by ourselves. Why is the Freedoom name so dang long…well every variation of freedom had been taken, but we were stubborn and wouldnt let it go, so here ya go…. FREEEEEEEEEEEEEEEEDOOOOOOOOM
It was with a heavy heart that I had to step down as CEO of Freedom. I’ve enjoyed the years as kick-ass leader but its time to let someone else run this place into the ground. I have selected Bibanu Isagar as fearless leader.

What are your nicest and what are your most horrible memories of stuff that happened in EVE?

The nicest I’d say was becoming friends with the likes of Scar and ForceM early on… and then meeting the rest of SIRE and wondering what the hell did I get myself into? But seriously …the nicest thing really has been getting to know the Silent Requiem guys. Its been a blast.

The most horrible was when I had to get shoulder surgery. The corp had about 40 members at the time and I needed a US time-zone guy to help with training and be a director. I selected someone that was very experienced in pvp and felt confident that after my surgery all would be well. While I was gone, he emptied out the entire corps assets and logged off without a word. I came back all groggy from surgery and a couple of billion isk worth of stuff was GONE! At the time I was crushed and embarrassed I let this guy do this. I was pissed for a couple of days and then got my head on straight again and nobody has since made me that angry about playing a game about little shippies.

If you could start all over again, and with today’s knowledge, would you change anything in your EVE Online career path ?

If I had to start again, I’d listen more closely to the veterans of the game and focus on cruisers. I wasted weeks training to fly a poorly fitted battleship into L4 missions and got my ass beat all the time. I also would have learned how to scan and max out jump calibration V. There is a long story behind why…

Have you got any words of advice for other pilots in EVE Online ?

My advice is to get help with your skill planning, and really take to heart what veteran pilots have to say on the matter. Use cheap ships to pvp and learn the anatomy of a fight. Never let the game upset you and don’t walk away like a bitch when it does. Smile through the pain and just learn from the experience. Eventually it wont hurt so much to lose and those wins will be well deserved.