Nullsec Battles in the South 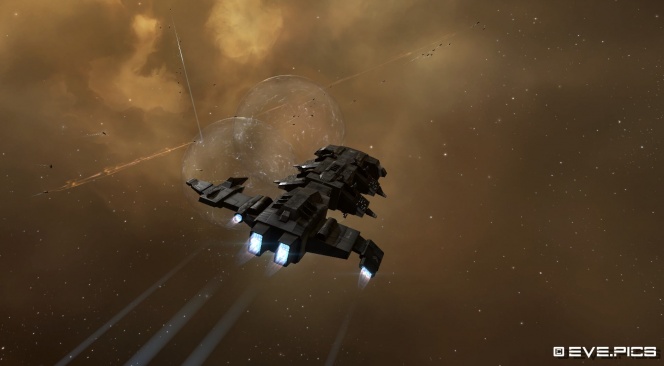 Nullsec Battles in the South

With all the eyes set on the war going on in the north of New Eden let’s not forget the nullsec battles in the south. Providence is a region despised by some and loved by others. I can count myself fortunate that I have longlasting friends in ‘Provi block’ and I have positioned one of my alt characters there. G-5EN2 was (and still is) my home system there, untill recently a group called Advent of Fate (AOF) came steamrolling in and started making trouble. Paid with Goonswarm ISK they started their mercenary campaign against Provi block in G-5EN2, gatecamping and scouting out targets.
CVA, Yulai Federation, The Volition Cult and Sev3rance sent fleets to help out the Omni Galactic pilots, who inhabit G-5EN2. There were many engagements during the several weeks that AOF harassed Provi, with AOF being on the losing side of most battles.
I do need to admit that the constant strain of attacks and the persistance of AOF lead to the unfortunate event that Omni Galactic’s headquarters moved from G-5EN2 to a system deeper into nullsec. Due to the fact that G-5 is positioned next to lowsec, it’s fairly easy to ‘blitzkrieg’ into the system and destroy a couple unlucky miners or mission ships.

Below are some pictures of the battles that took place. It was fascinating to see the speed and tactics that where involed. The entire fleet was split up into tactical fragments that warped to pre-set bookmarks all over the G-5EN2 gate towards lowsec. Wherever AOF went, the Provi fleet followed. There where losses on both sides of course, but AOF couldn’t defeat the massive counterfleet. I do have to mention that the Loki gatecamps that AOF can set up are pretty impressive, and deadly.

For me it was a bitter pill to swallow to leave the beloved home system, but knowing that we will sail back there some day calms my mind. Now that more and more pilots are needed up north near the Tribute region AOF have been called back to assist Goonswarm in the defence of their space. The day that Omni Galactic can return to their rightful home may be sooner than you think.