Pixels and Space Dust Episode I – The Harbinger mess up 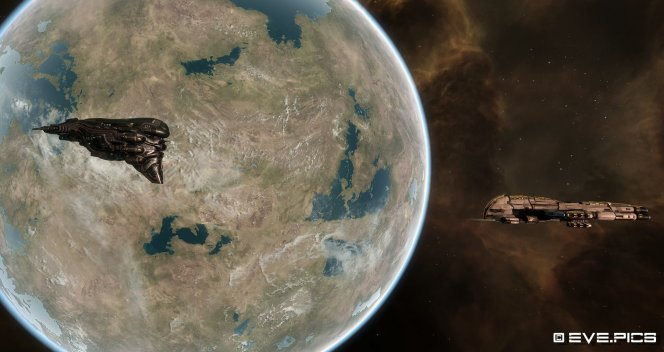 Pixels and Space Dust Episode I

In the world of New Eden we are all part of a vast and dangerous world that is constantly on the move. As such, the ship you just bought or the citadel you just anchored could be the next potential target for any other player out there. And when the loss/killmail comes in, you realize that everything in Eve Online is just pixels and space dust.
As a new ongoing series of short stories, Pixels and Space Dust will feature silly, amazing, or otherwise memorable losses from all regions of New Eden.

Episode I – The Harbinger mess up

Starting off is an old classic, and most likely one of my own most funny and embarrassing stories. It happened when I was still fresh into Eve Online and was living in nullsec Olettiers.
Back in the day, we used to camp the gates in Olettiers because it was a shortcut route to Jita and other trade hubs. One of my friends was camping alone when a Harbinger battlecruiser came through the gate. He quickly tackled it and they started to exchange fire.  Below is an excerpt of the alliance channel:

At the time I had just built a fresh hull tanked Brutix and I wanted to try that out. I quickly warped to my buddy, locked up the Harbinger as I landed, and brought in the hurt with the heavy neutron blasters. I pretty much ripped through the armor pretty quick and tried to bump him as much off the gate as I could. My buddy was going down fast as well, so I overheated a bit until the ship exploded. Filled with pride that I killed the guy I shared the killmail, only to come to the bitter truth…
In my enthusiasm I had targeted the WRONG Harbinger on grid, and killed my buddy: 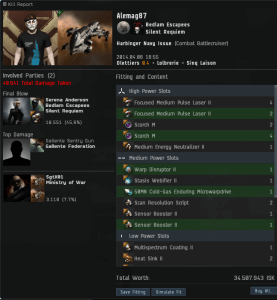 Needless to say I was baffled that I didn’t see what happened right away. Afterwards I bought him a completely new Harbinger Navy Issue and we had a good laugh about it. I also updated my overview settings so fleet members didn’t show on my PVP tab….

Some time after that, the story about the Harbinger Navy Issue got heared by more and more people, and one of my friends decided to reenact the incident. She called in a couple voice actors, and recorded the following cool masterpiece; https://soundcloud.com/tegan-harris-1/project-eve-harbinger.

Stay tuned for more episodes of Pixels and Space Dust!