The art of gatecamping in EVE Online 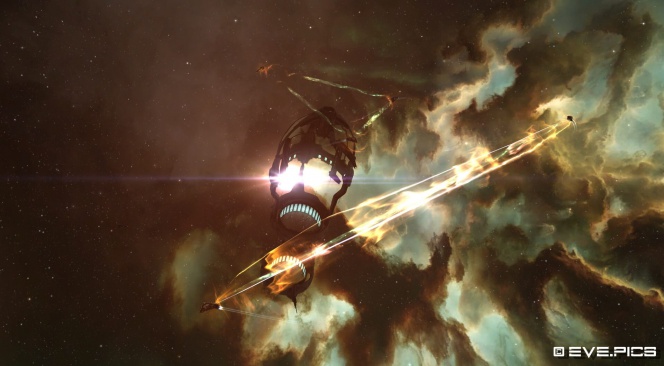 The art of gatecamping in EVE Online

Gatecamping in EVE Online, you either hate it or love it. At some point somebody must have had enough of roaming around all the time and went, ‘If I can not get to them, they will come to me!’… And fortunately that tactic can pay off pretty nicely.

With all the gates in New Eden, and all the different security zones in EVE Online, gate camping in different regions differs from one another. Let’s give you a little overview on that. 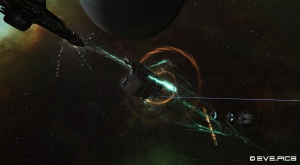 High-sec gatecamping can be split into 2 simple groups; wardec gatecamps and gank gatecamps.
A lot of pilots will wardec loads of alliances/corporations and just gatecamps importants gates, like the area surrounding major trade hubs. You will most likely see high value ships and highly skilled opponents engaged in these kinds of gatecamps.
The other kind of gatecamping in high-sec that is feared is a gankcamp. Basically, if you see a lot of Tornado class battlecruisers huggin a gate, and you’re in a very expensive ship, you’re pretty much in for a world of hurt… Also, if you are autopiloting in a Tech I hauler you can be ganked pretty quickly by a group of Thrashers or Catalysts. So be wary of those ships hanging around gates, they are there for a reason.

The average low-sec gatecamper does not do this by himself. If you’re a little organised you’d at have a Tech II interdictor (yes, with a focused warp disruptor script), and at least one or two logi/sensor boost support. The designated point (most likely the heavy interdictor or a Tech III cruiser) will stop you from going anywhere, and then the other pilots (the dps) will take you down. Most of the times you will get pointed so bad that warpcore stabilizers won’t save you at all any more. Best bet is to burn back towards the gate as fast as you can.

Another cool trick people tend to do in local is smartbombing gatecamps. A single pilot, or a couple of them, will sit in a battleship equipped with smartbombs and will definitely kill any smaller ships coming through the gate. There is usually no escape from this onslaught, and you’re lucky if you can get your pod of the gate safely.

Camping in null-sec basically comes down to this… interdictor bubbles…
Of course in null-sec pilots can do any of the above mentioned forms of gatecamps, but  a lot of gatecamps in null-sec feature bubbles placed there by interdictor destroyers and/or cruisers. Accompanied by an alpha damage dealing ship like a Machariel you’ll be surprised and killed before you know what happened… I personally fear null-sec because of the bubbles, they have caught me many times and I’ve lost enough ships to them to know that they are effective and deadly. Because of this, I would recommend  flying through null-sec in an interceptor or in a nullified Tech III cruiser. These are probably the only decent ships that are completely unaffected by the bubbles, thus making null-sec travel ‘safe’.

If you want to do some gatecamping yourself, you can just check all the above tips and hints and use them to your advantage. Also, setting up traps in popular trade routes and or high-sec / low-sec pockets will work out just fine. Always have scouts on both ends of gatecamp (the gate you’re on, and the other side of the gate) that will help you spot targets and warn for incoming roams and/or countergank fleets.
When you get ganked while gatecamping, and you have the chance, go through the gate and warp off quickly. To do this you need to keep your entire gatecamp at a range below 2500 meters from the gate.
And as a last word of advice, the range on the gate’s guns doesn’t go beyond 150 km… that means that a good sniper fitted ship can alpha targets off the gate 😉

EVE Online is a beautiful yet dangerous place for any pilot, and advice alone won’t save you. Your wits and trigger-happy finger on that warp button are all that stands between laughing in the face of destruction, or facing a cold and chilly grave…