YC119, A new year of opportunities 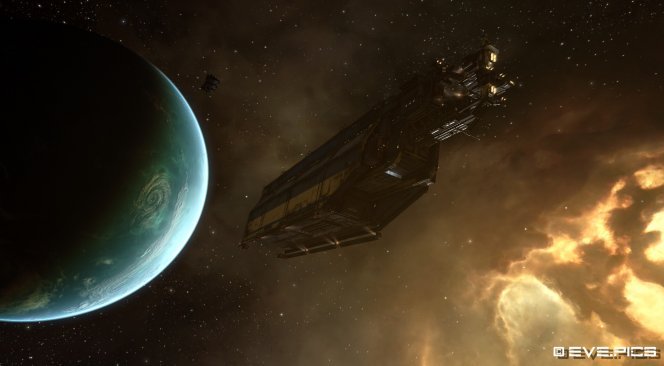 YC119, A new year of opportunities

The year 2016, or the Eve Online year YC118, was a bad year for me in many ways. Apart from several real-life mishaps and occurrences, things in Eve didn’t go very smooth as well. YC119 is going to change all of that, and I hope it is going to be the year of great success in Eve.

The horrors of YC118

January YC118 marked the ongoing wardec with Public Enemy, which started in YC117. As I later found out this wardec was started by an angry director that paid Public Enemy to continuously be at war with Silent Requiem. Because I was living primarily in high-sec at the time, this had a great impact on my day to day activities. It even came to a point where I discussed with the other directors if we had to leave the alliance and to start our own. I sometimes had trouble to keep convincing people that in the end we would all come out of this stronger. We stayed in the alliance, hoping the war would end and all would be as it was again. It was early November when all that talking suddenly came to an end, as the alliance suddenly disbanded without warning.

The fall of SIRE

Sometime during the wardec our alliance CEO became more and more absent, mostly because of real-life personal reasons. Leaderless and without proper guidance the alliance bill wallet slowly depleted. Then one day I logged in, and it had come up to the point there was not enough ISK left… A once proud and strong alliance had decayed into nothing more than befriended corporations. Even though I had become displeased with the situation, I had never foreseen my alliance de-solving into space dust. I understand that personal life goes beyond Eve Online, but to leave your friends out in the cold like that, and to never react on these events (not even to this day) is something that can still bother me very much.

In the days following the disbanding it became clear to me that there was no coming back together for Silent Requiem. Stunted and in disbelief I discussed with my directors and sister-corp CEO about our next move. At first we wanted to start our won alliance and to build up a new team of active players. It became clear that this would take too much time and effort to achieve, we choose to join another alliance. 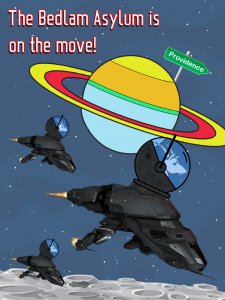 My long friendship with Momiji Sakora led me to the point that I joined up with Central Omni Galactic Group (COGG). I had been in the Omni Galactic corporation with my alt toon, way before Momiji set up her alliance. COGG was my first choice, and I am still very happy that she welcomed us with open arms.

YC119 has become the year of our big shift from high-sec to Providence, the null-sec region in the south of the Eve Online map. It was a lot of work to move assets from The Forge region into null-sec. It took countless Charon and  Bowhead freighter runs to get the ships and modules to their new destination. Countless afk hours have been spent, finished off with the great finale of an armed escort into Provi. A lot of assets still remain in high-sec, and we have not completely left our home system Airaken. Both Bedlam corporations started out in this system, and we didn’t want to abandon all of our heritage while we set out on this new era.

The past couple weeks we successfully integrated withing COGG and we can all fly our favoured ships in null-sec now. COGG fills up a part of the hole that Silent Requiem left when it disbanded. Most guys went their own separate way and I haven’t been flying with most of them lately. I hope they are all well, and especially ForceM. Although I feel bad that he left us like he did, I hope that his real-life troubles go away soon and that our paths may cross again sometime in Eve Online.

The year of YC119 will be the great year of change for Bedlam Escapees. Plans are being forged to further put our foothold in New Eden. We’re also looking into recruiting new players, and to make Bedlam that crazy little home for everybody again. I want to thank my good friends Godsrebel and Demortis Kado, and all the other members of Bedlam Escapees, for sticking through with Bedlam. Provi will be a good home for us while we trample with the fury of the goat through New Eden. BWAAH!