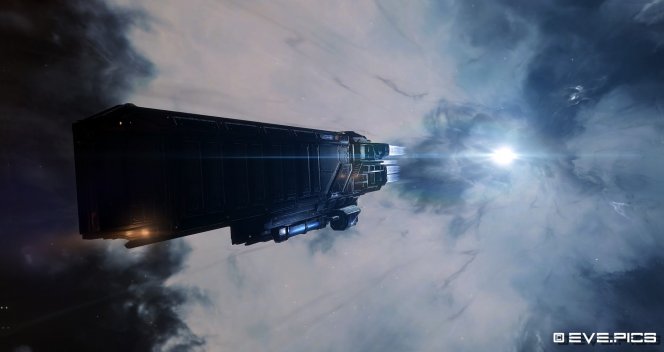 For some people in New Eden, information and intelligence are worth more than Plex. With this information, they infiltrate corporations and alliances, often to destructive endings. Spying in Eve Online results in billions of stolen assets, the transfer of structures, and the complete disbanding of alliances.
I once had to deal with a spy like that, and he got very personal with me!

When I started Eve Online I quickly found myself in a nice and friendly corp. I started to help out the CEO and the other members. Before long I was appointed as head of recruitment. During recruitment, I used the old API keys to do background checks to see if people had good or bad intentions. This way I found a couple of pilots that I rejected, saving me a lot of trouble. When recruiting new Eve Online players, that have been playing the game only a couple of days, there is less relevant data to see someone’s true intentions. 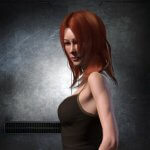 RedFoo LMFAO, a one-day old player, that I found flying around one of the starting areas.  After a week RedFoo was already joining the regular mining ops and PVE mission runs we did. I got into a couple of talks and got to know RedFoo a bit more. Seems he was from The Netherlands as well, 23 years old, and lived with his mom. He had a tracheostomy cannula, which disabled him from talking on comms. We often talked about how he was doing and if he needed more surgery, or if his meds were still ok.

Over the course of several weeks, I really grew an attachment to the guy. He was always online, would often help out and join fleets, a real asset to the corp.
I asked him if he wanted to go to the Evesterdam Eve player meeting but he couldn’t make that sadly, because of his condition. I remember talking to my Alliance CEO during the car ride towards Amsterdam about RedFoo, praising him for his effort and loyalty.

Everything went well until one day when RedFoo looked a bit off on chats. During my regular resupply run of the corp assets, I found out certain containers were completely empty. Some pre-fitted ships were gone from the hangars as well. Little did I know that I was going to find the one who had been spying in Eve Online.

When complaining about it in corp chat he came clean. He bluntly told me that he had taken all the assets he could get his hands on…
I quickly got to my CEO and the Alliance CEO on TeamSpeak to explain what had happened (both were Dutch too). While I was typing to RedFoo in a private convo, I was also on comms with my CEO’s at the same time. I was completely in shock and full-on panic-mode about what happened. All of a sudden RedFoo started talking about stuff he wasn’t supposed to know at all. Stuff from before he had joined the corp, stuff regarding myself. It took some time for me to comprehend everything, but then my Alliance CEO, ForceM, came clean and told me that it was he who made the RedFoo LMFAO character.
He was the one who stole the assets and deceived me…

I would have never thought that my own alliance CEO, whom I to spoke about RedFoo during the trip to Evesterdam, would set me up like that. I was not so friendly on comms, in blind anger I called him all kinds of names. After that I shut just down the PC.
It took some real reasoning from my corp CEO to calm me down. I think I didn’t play Eve Online for at least a week after that. Also, I didn’t speak to ForceM for two or three weeks. 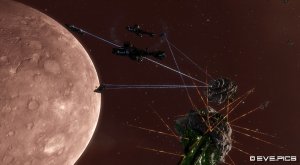 His plan had been to test my skills as a recruiter and had set this in motion together with my corp CEO. He had first tried to awox one of my Orcas during a mining fleet. I always used my other character to boost fleets, Serena Anderson was not a dedicated booster at the time. The other characters were in a sister corporation, so he could not attack them.
Because Evesterdam was also a major thing for him, he let the ‘spy-game’ go on for a bit too long, and he had to bring it to an end. Corp theft seemed the way to do that.

If I look back on it now, I do need to thank him for preparing me for a bitter truth in New Eden. Nothing is what it seems and danger lurks in every shadow of Eve Online. Taking on these shadows is another part of why Eve Online is so great. It’s a depiction of the real world, and experiences gained through Eve can help you in real life.
After the whole incident, I got better at recruiting. Luckily I have never been the victim of a real awox attempt, up until now.
Let this story be a warning to all recruiter to look out for pilots that are awoxing and spying in Eve Online.

If you want to know what happens when a spy successfully infiltrates and executes his mission, please read this Reddit post.
If you want to read the previous episode of Pixels and Space Dust, check out the blog post here.